Chili's - Pocatello, ID and others... 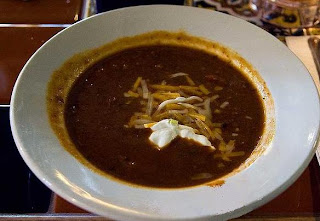 Another fixture of malls among other places is the Chili’s Restaurants and their trademark Chili Pepper sign. A good advertising ploy since the “chili pepper” can be seen well before you can actually spot the restaurant. As with all national chains, their exterior save for a few plants is the same across the nation and the menu items offered are exactly alike. The interior has open ceilings so the din of the diners does carry. So if you dine at one you dine in all, but to be fair you need to try more than one to establish this.

They have a full service bar and I’m sure I won’t be the first to tell Chili’s staff knows how to mix some pretty nice drinks. Perhaps the drinks more so than the food is why I tried out three establishments to make sure about the chain. I didn’t find their food to be exceptional, not bad but not fantastic either. To me it all had the same taste to each item I sampled; perhaps it was their signature blend of spices applied to all their food. I suspect the wide appeal is to persons who have never been acquainted to the symphony of flavor of Southwestern cooking and cuisine 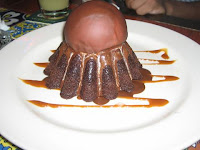 pled a chicken dish (Guiltless Grilled Chicken Sandwich, with tomato, lettuce and non-fat honey-mustard dressing on a wheat bun. Served with steamed broccoli.$8.29. There was way too much bun and I did not like the honey mustard sauce as I am not a sweet sauce person. It was OK but I would not order it again.).

Another sampling was the BBQ pulled pork sandwich (With crispy onion strings on a sesame seed or wheat bun. Served with coleslaw and original BBQ sauce. $7.99); again, on wheat bun which again was way too much bun and again the taste reminded me of every other item on Chili’s menu. It was OK but would not order it again if given the choice.

pled the Chili topped with cheese (Terlingua Chili – Slow-cooked chili with beef, onions and chilies, topped with cheese. From $2.69 a cup with entrée to $4.99 a bowl ala carte.) As before, it was OK, but there is something about the predominate seasonings at Chili’s that makes me think the dishes are all the same thing just with different wrappers, However, I must add that their coleslaw was delicious as was their loaded mashed potatoes, of which I could have had thirds on both.

I also have had the opportunity to sample a fish dish and their black bean burger and all had the same distinct taste of spices, and I found I needed to drink more water than normal so I could sample the dishes of my sons to judge fairly about the taste and textures of their dishes.

y offer a wide range of entrees and sides and I am sure they offer just about something for everyone, just not me. Each person has their own taste preferences and sadly Chili’s is not to my liking. Those dishes that my two sons and daughter had were to their liking and so I must say that their tastes must rule here.

Chili’s gives you nice size servings some with reduced calorie/fat contents but the majority is your traditional food chain fare, gooey, yummy and loaded with calories. But for an occasional day out, they provide a nice break from the ordinary food chain taste and give you a sampling of

They are open 7 days a week but closed most major holidays.